No Result
View All Result
Home Justice Through African Eyes 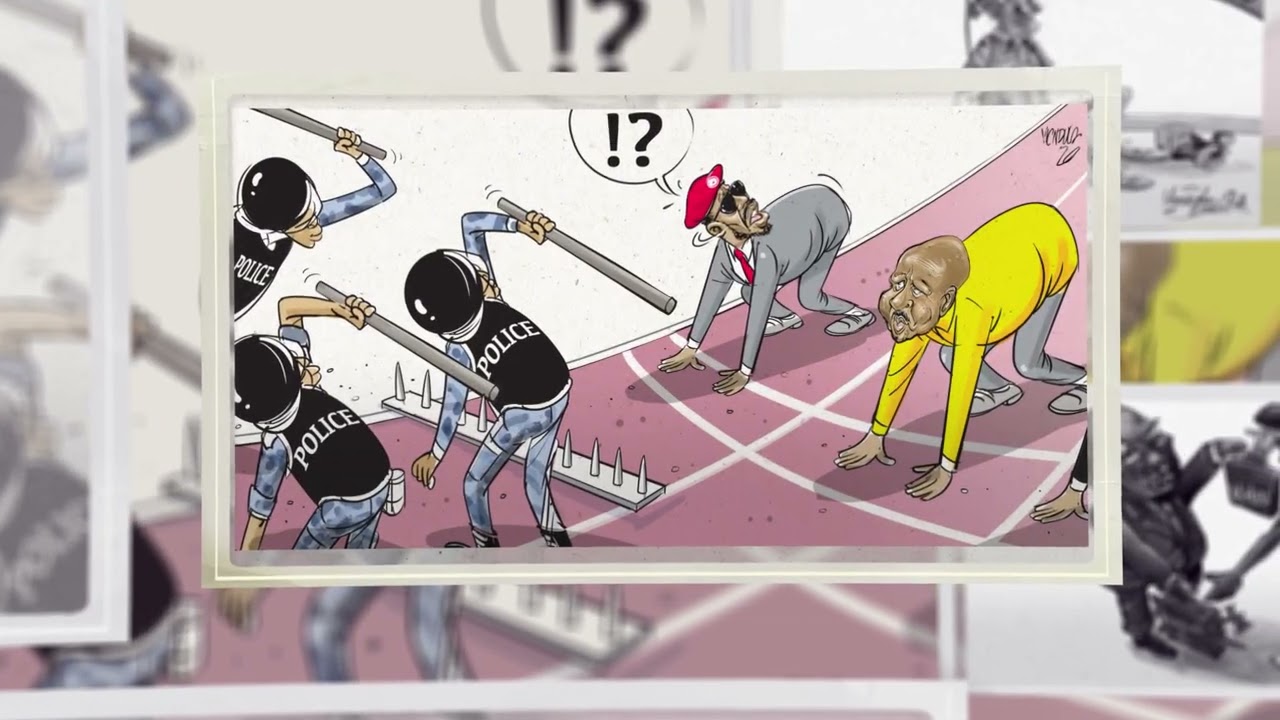 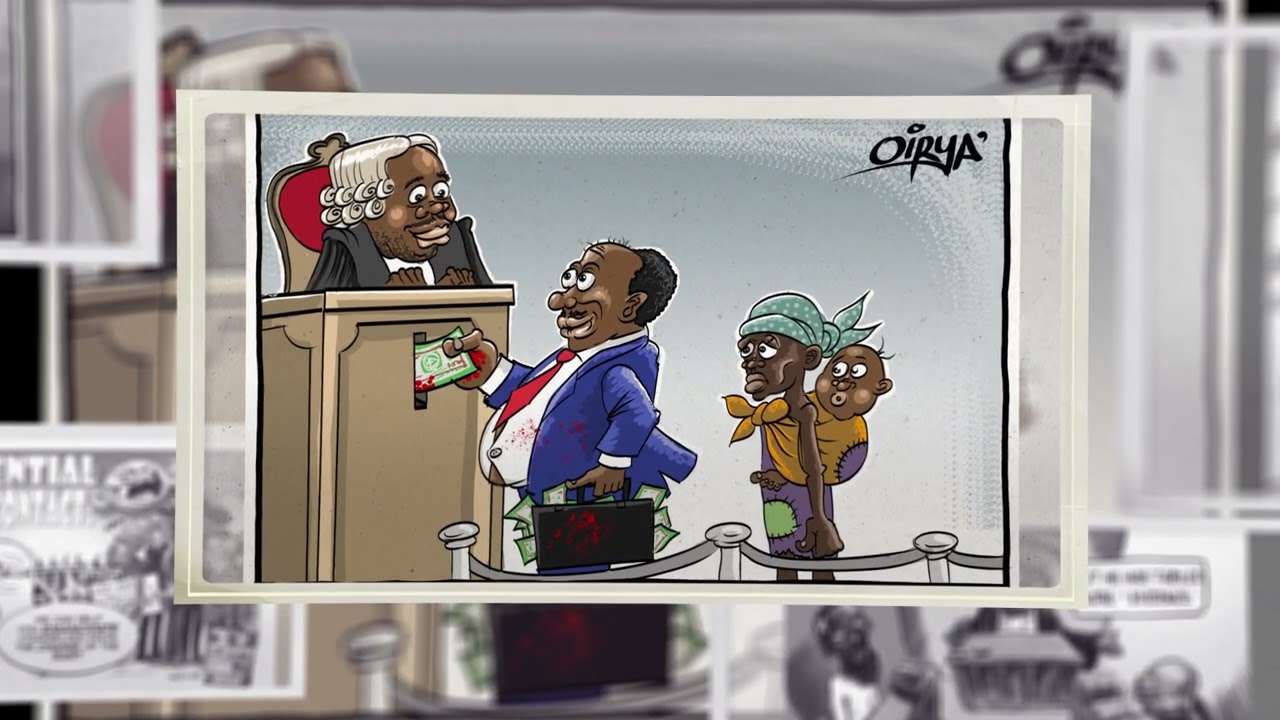 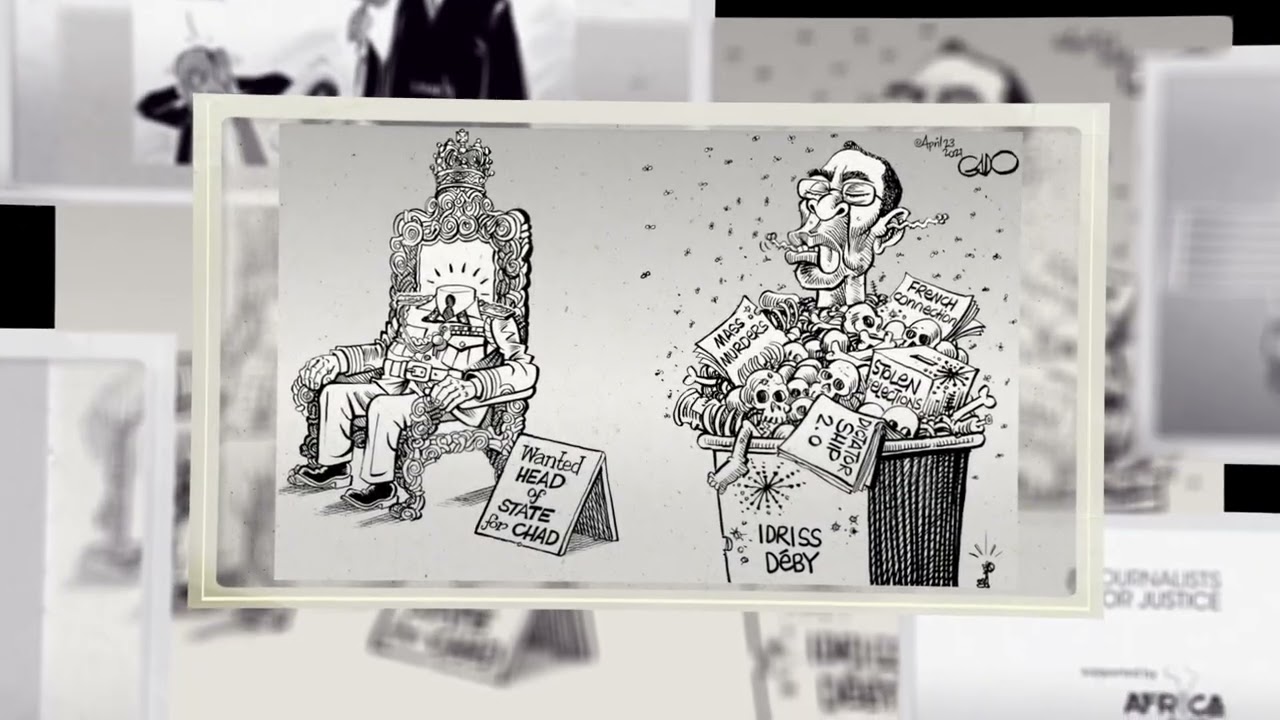 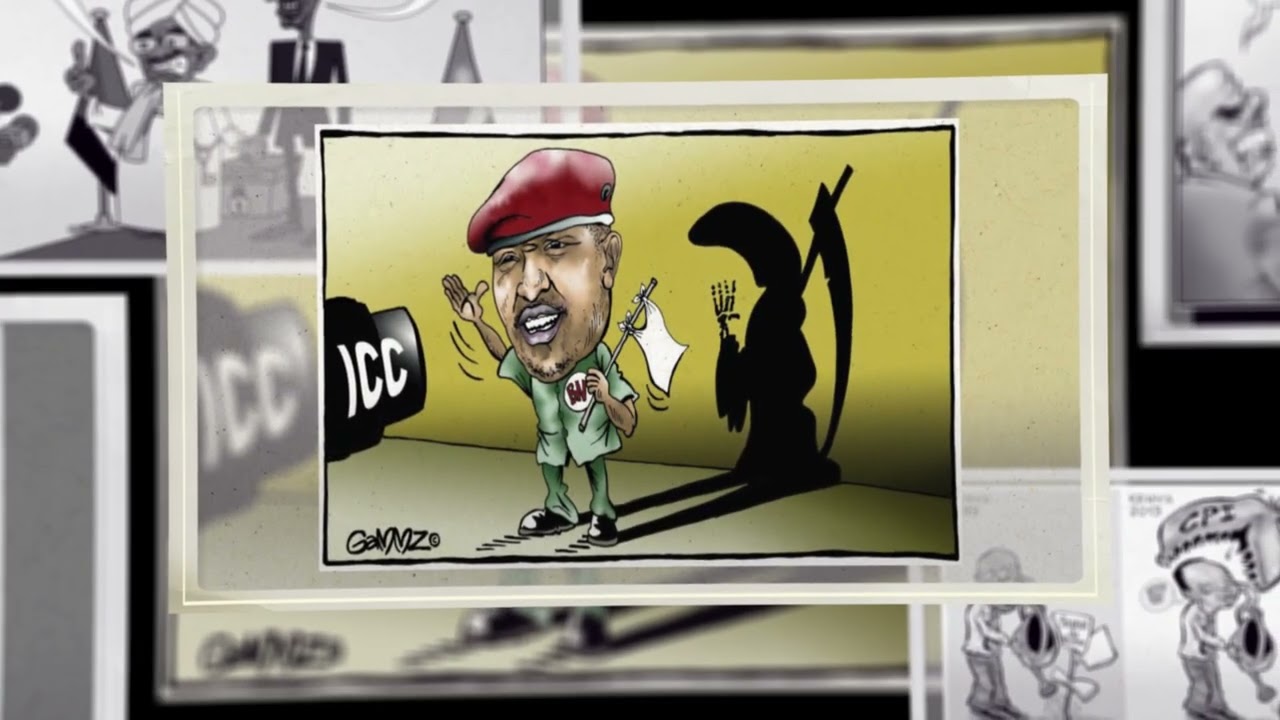 Godfrey Mwampembwa (Gado), is the most syndicated political/editorial cartoonist in East and Central Africa.

In 2007, Gado was awarded the Prince Claus Prize. He is also a winner of the Kenya National Human Rights Commission Award in Journalism in 2005 and 2007. Gado is a recipient of the prestigious Cartoon for Peace 2016 International Editorial Cartoon award, and in 2011, he was among 12 extraordinary leaders to receive a Visionaries Award from Ford Foundation for their innovative efforts on the frontlines of key social issues. In 2014, he was named as one of the 100 most influential people in Africa by one of Africa’s leading publications, NewAfrican.

Paul Kelemba (Maddo) is a Kenyan self-trained artist and illustrator. He uses the penname “Madd” or “Maddo” which was inspired by Mad Magazine of New York and the late maverick British journalist Brian Tetley. His full-page weekly socio-political composite cartoon feature, ‘It’s a Madd Madd World’ appears in The Standard newspaper. He is a recipient of several awards including the prestigious CNN Multi-Choice African Journalists Award. He has contributed to several publications over the past 30 years.

Guédé Carlos Digbeu Liade (Karlos Guédégou) has worked as an artist for several dailies like Notre Voie and le Courrier d’Abidjan since 1993. He is one of the most popular caricaturists in Cote d’Ivoire and a member of the Tâche d’Encre association. He is a founding member of Gbich! magazine, for which he created the character ‘Jo Bleck’, and is currently its head cartoonist.

Victor Ndula is a fulltime editorial cartoonist for Daily Nation. He is passionate about telling the African story through his cartoons. As a cartoonist, Victor, who has also served as editorial cartoonist at Kenya’s The Star newspaper, hopes his work will bring humour to breakfast tables as he articulates pertinent issues without fear or favour.

Jonathan Shapiro (Zapiro) has published his cartoons in 17 collections and exhibited his work across Africa, Europe and Asia. He has worked as an editorial cartoonist for South Africa’s Mail & Guardian, Sunday Times and The Times, Sowetan, Cape Argus, Cape Times, The Star, The Mercury and Pretoria News. He was detained by the apartheid police in 1988 and has been sued for his caricatures of former President Jacob Zuma. His ‘Rape of Lady Justice’ is considered one of the most discussed cartoons on the continent.

Born in Sudan in 1991, Yousif grew up in the Kingdom of Saudi Arabia during his school years. Yousif is a self-taught graphic artist who started working as a freelancer at the end of 2014 during his college days. He developed a variety of artistic style skills in storyboards, character designing, comics, and illustrations. During his career, Yousif created content for different publications from online and printed comics to editorial illustrations for different local and international organizations.

Hannington Okello from Nairobi, Kenya, is a visual artist, cartoonist, illustrator and art teacher. He is currently a freelancer and has published some of his work in Nairobi’s top daily newspapers. His work is usually inspired to create social change, and start a conversation. He holds a bachelor’s degree from Kenyatta University and strives for humour in his work.

Born in Nairobi, Kenya, in the early 1990s, Owoko is an ardent fan of cartoons and comics since childhood. After completing high school, he was overwhelmed by the urge to draw cartoons and joined Kenyatta University to pursue a degree in Fine Arts & Design, where he met like-minded colleagues who were interested in the art of cartooning and were a source of encouragement. He has participated in some cartoon drawing symposiums like the Inaugural Art Fair held at the Sarit Center and ‘Speaking Truth to Power’ exhibition.

Celeste, as she is best known, began her drawing career as children’s books illustrator and later ventured into political commentary in a local newspaper in Kenya, making her the first female editorial cartoonist to be published in East and Central Africa. She is now freelance, drawing cartoons for community impact and change in partnership with various international non-governmental organisations in Nairobi and providing visual communication solutions in a variety of digitally drawn imagery like cartoons, illustrations, white board animations/ explainers as well as sketch note-taking for workshops. She is a member of the global organization, Cartoon Movement. Pillars of Africa Awards recognized her as a Youth Peer model, Arts category, in 2016, for her exemplary track record in a male dominated field. She is a co-founder of Karakana Online Kenya, an artist-run social enterprise that endeavours to mentor, empower and foster collaborations for a vibrant creative industry in Kenya. She showcases her witty cartoons and illustrations online on Facebook as ‘Cartoons by Celeste’ and her Twitter handle is @toonsbyceleste. She graduated from the University of Nairobi with a first-class honors degree, BA Design — Illustration major.

Nestory Fedeliko, well known as FEDE, is a freelance visual artist from Tanzania. He holds an HND (Higher National Diploma) in 3D animation and multimedia from Shang-Tao Media Arts College in Nairobi, Kenya.

He started drawing at a very tender age even before joining kindergarten. His cartoons have been published in several newspapers including Daily Nation (Monday Edition) and The People in Kenya and Raia Mwema, Raia Tanzania, Tanzania Daima, Mtanzania and Bingwa in Tanzania. He has also been published in VOA Swahili (Voice Of America — Swahili) online edition.  Also, he has illustrated lots of schoolbooks in Tanzania and Kenya.

Currently, he works as a freelance cartoonist, illustrator and animator in various media.

Osman Ali Obaid Alamin is a political cartoonist from Sudan interested in political events and human rights for more than 10 years. He envisions producing works that monitor the paradoxes and differences between democratic societies and oppressive and totalitarian ones. Obaid imagines a different climate, a different society, and a different culture while holding his pen.

A draftsman, illustrator, caricaturist, portraitist and painter, this young creative artist is very committed to issues concerning human rights, women and children. He has found his way to better convey the messages of humanity, the values of solidarity and cultures as pillars of development.

Brian Vincent Oirya is a 29-year-old Fine Artist/ Cartoonist from Nairobi, Kenya. From drawing sketch figures of his friends as a boy to tackling term projects at the Kakamega School art room, Oirya’s skills in and love for art has grown gradually to what it is today. In pursuit of continuous improvement in the trade, he earned a BA Fine Arts and Design from Kenyatta University. His hard work, love and passion for art is so intricately woven in all of his work and in 2020, his contemporary painting, Party Life In Nairobi, was recognized at the Manjano Exhibition. Oirya is the creator of BOMBah! comic book and is one of the pioneers of Grease Comics.

Congolese Illustrator and comic strip caricaturist, Kash began as a graphic designer in the advertising industry. In 1990, he started as a cartoonist for the publications Le Phare, Zaire Magazine and Renaître and in comic strips. Kash joined the ACRIA (Art creation, research and initiation workshop) and became its chairman. Apart from his numerous albums, he now produces cartoons for the daily Le Potentiel in Kinshasa, Tala Tala in Brazzaville, Jeune Afrique in Paris and Pendro in London.

While pursuing a diploma in “Journalism and Public Relations” from Kenya’s Polytechnic University College, Alphonce Omondi Oketch interned at the internationally respected East African Standard newspaper. Now, at age 31, Mr. Omondi is a renowned artist and award-winning political cartoonist known throughout Africa as Ozone, whose fan base know they can find his sharp wit and graphic portrayal weekly in the Nairobi Star. Although book cover biographical material is typically supplied by the subject himself, I, Martin D. Carlson, swear that space limitations prevent us from going on to speak in any detail now of even the Continent-wide awards Ozone has won for his sketches and cartoons.

As one would expect, such talent has become more and more widely sough after. Ozone has consented to illustrate many articles for various prominent African newspapers, including the Daily Nation/Sunday Nation and the East African Standard. He has created two previous book covers: Single and Searching: How to find and Marry Mrs. Right, by distinguished psychologist Dr. Chris Hart, and Al Kags’ Living Memories (Kenya’s Untold Stories). In short, this man’s art sells publications.

Born on 24th September, Eric Jacob Ngammau is an editorial cartoonist, illustrator and caricaturist popularly known by his pseudonym GaMMZ (aka Kiddo). A graduate of Buruburu Institute of Fine Arts (BIFA) Kenya, he is currently affiliated to the Standard Group, publishers of Kenya’s oldest newspaper-The STANDARD. He also collaborates with NEW PEOPLE, an international Catholic magazine of missionary awareness. His editorial cartoons have featured in various exhibitions in Kenya, Tanzania, Uganda, Ethiopia, United Kingdom (London) Germany and Switzerland. He has won several local and international awards.

Mohammed Jumanne (dr.meddy) is a Tanzanian Editorial cartoonist,comic artist,illustrator and design, He has worked as a cartoonist for over eight years, His works have published in various Tanzanian newspapers such as Business Times, Habari Leo, Majira and Bingwa. More of his works at www.drmeddy.blogspot.com,

Bwana Mdogo is a freelance visual artist who draws comics, cartoons and illustrates children’s books. He started drawing cartoons while in primary school as a way of getting back at his bullies, and to challenge other students’ viewpoints.

Today, Bwana Mdogo uses caricatures to make social commentaries. His work is available on numerous blogs and magazines, and he also partners with individuals and organisations to develop ICE (information communication and educational) content.

Is a popular Ugandan cartoonist. He creates political cartoons and caricatures for his Facebook page and his website “Snoggie’s World.” He describes Snoggie’s World as a site “dedicated to the promotion of good governance by exposing contradictions in Uganda’s political and social life, and the world at large.”