No Result
View All Result
Home The ICC

byJournalists For Justice
in The ICC
Reading Time: 9 mins read
A A
0

The judges of the International Criminal Court in 2018. 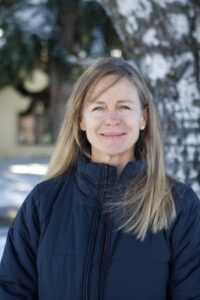 The gender justice provisions of the Rome Statute remain the most progressive of any international criminal law treaty. This piece offers an overview of the positive developments at the International Criminal Court (ICC) regarding advances in gender justice through the implementation of the Rome Statute since it came into force 20 years ago. Comparing the promise of the statute to current geopolitical developments may give an impression of failure. As such, a measure of forward-looking optimism – and thus encouragement to stay vigilant and unrelenting in our aspirations for gender equality – is important.

I would like to start with a special tribute to the Women’s Caucus for Gender Justice, a movement of women’s human rights advocates from around the world, active between 1997 and 2003. They came together to enshrine principles of gender justice and gender equality in the framework and functioning of the ICC. The Women’s Caucus demonstrated the need for feminist analysis of international criminal law and humanitarian law, and for dedicated consideration of women’s interests in the work of the court to ensure it is inclusive, representative, and relevant to the lives of all people affected by conflict. Many members of the Women’s Caucus continue to play a part in these efforts. My organisation, the Women’s Initiatives for Gender Justice, was established in 2004 to continue the work of the Women’s Caucus in advocating gender-inclusive justice through the ICC and the Rome Statute.

The integration of gender at the ICC has continued to move forward, thanks to the hard work of feminist activists, practitioners, and scholars. Encouragingly, the seeds planted by the Women’s Caucus are slowly beginning to bloom.

The legal framework of the ICC integrates gender in its structures, substantive jurisdiction, and procedures. The structure of the court foresees the fair gender and regional representation of judges and staff as well as gender-specific legal expertise. The Rome Statute is the first instrument of international criminal law to expressly include a broad range of crimes of sexual violence and acknowledges sexual and gender-based violence as constitutive acts of genocide, crimes against humanity, and war crimes.

Failed promises: No lessons learnt as still no journalists from situation countries at ICC trials

It further includes the principle of non-discrimination in the application and interpretation of the law, including based on gender. The procedures of the court foresee the rights of victims to participate and apply for reparations, and special measures, especially for victims and/or witnesses of sexual violence crimes. To this legal framework I will add a fourth area of impact: the influence of the ICC’s work on other legal jurisdictions and mechanisms. The Rome Statute’s principle of complementarity can have a catalyst effect on gender justice in national prosecutions such as in Colombia and Guinea.

The framework of the ICC thus promises a progressive system of gendered justice. As always, implementation is key, and it is only recently that gender within the ICC as an institution started to receive the attention that it needs from its leadership.

Gender integration in the ICC structures

The most visible aspect of gender integration in an institution is the balanced representation of its leadership and staff. For example, the Rome Statute of the ICC requires a “fair representation” of female and male judges on its bench. This is in recognition of gender parity working towards credibility, sustainability of progress, retention of staff, and satisfying the core principle of gender equality itself. To date, 15 of the 35 judges who have served in the ICC have been female, representing an unbalanced 42 to 58 per cent ratio. This gender imbalance is also seen within the court’s staff, where as of March 2022 the ratio of women to men in higher grade levels is an abysmal 11.1 to 88.9 per cent at the D1 level, 25.6 to 74.4 per cent at the P5 level, and 39 to 61 per cent at the P4 level. Over the years the numbers have shown little to no progress.

This has a serious impact on the court’s functioning, staff wellbeing, and jurisprudence. However, there are glimmers of hope. A step forward for the visible representation of women in the top ranks of international justice was made in 2015 when Judge Silvia Fernández de Gurmendi was elected as the first female ICC President, with two female vice-presidents serving with her. Civil society efforts, including by the GQual campaign, persist to ensure the nomination of women to ICC elected positions.

The main push to step up meaningful efforts to work towards integrating “gendered issues” in the ICC’s policies was facilitated by a combination of factors over the past two years. These include a change of leadership, more elected judges with a keen understanding of the issues, the Covid-19 pandemic, grassroots efforts by staff, and most importantly, the Independent Expert Review (IER).

Beginning at the end of 2019, a group of eminent independent experts – appointed by the ICC Assembly of States Parties (ASP) – began the Independent Expert Review of the ICC and the Rome Statute system. The group commenced its work by consulting a broad group of stakeholders, including civil society. The Women’s Initiatives submitted to the independent experts a list of recommendations relating to gender considerations in the execution of their mandate. The proposals included the development of an ICC strategy on gender mainstreaming; addressing the ICC’s leadership and organisational culture; the creation of an ICC gender focal point; addressing gender balance in ICC staffing; gender-responsive budgeting; training of ICC staff and elected officials; strengthening the judiciary though the creation of a high-level gender legal adviser position within the Trial Division; and further strengthening the Office of the Prosecutor’s (OTP) gender analysis in investigations and prosecutions. All these were lacking at the time.

Two years later, we see that the IER’s recommendations have served as a catalyst for the debate on how to improve the ICC’s functioning, including on gender issues. It has also brought to light the fact that the ICC is not impervious to deeply troublesome workplace culture issues. The sharp critique of the IER on the ICC’s internal culture, coupled with the persistent advocacy of civil society and the courage of a number of former and current ICC staff in speaking out, are laying the groundwork for the vetting of ICC election candidates in the future.

Another turning point was the creation of the position of Focal Point on Gender Equality in March 2021, and the appointment of Antônia Pereira de Sousa to the role. In her first year, Pereira de Sousa has kicked the ICC’s institutional development of gender into high gear. A month into her appointment, the ICC principals – the court’s President, Judge Piotr Hofmański, then Prosecutor, Fatou Bensouda, and Registrar, Peter Lewis – adopted a high-level statement on gender equality, recognising that “gender equality is not only right and necessary but a driver of performance and success for the organisation.” Later that year saw the drafting, with open consultations, of the ICC’s first Strategy on Gender Equality and Workplace Culture.

And more has followed. The Focal Point helped to launch a court-wide campaign against sexism and improving recruitment and work/life balance processes. In April of this year, the Presidency issued a new administrative instruction addressing discrimination, harassment, and abuse of authority within the court’s work sphere. Besides introducing guidelines on dealing with such conduct, it also introduces the position of Ombudsperson for the ICC. Additionally, at civil society’s initiative, discussions are underway on the long-term integration of elements of gender-responsive budgeting in the court’s processes.

These developments are happening in parallel to the court’s substantive work, from groundbreaking jurisprudential developments to the expansion of expertise available to court officials.

The Rome Statute expanded the list of sexual and gender-based crimes (SGBC) codified under international law to include rape, sexual slavery, enforced prostitution, forced pregnancy, enforced sterilisation, and “any other form of sexual violence” as war crimes and crimes against humanity. Gender is also defined and included as a basis for the crime against humanity of persecution.

As such, the mandate and jurisdiction of the ICC renders it uniquely equipped to advance international jurisprudence for SGBC, and thereby serve as a model for national accountability efforts. The potential of the court lies in safeguarding, enhancing, and expanding access to justice for survivors of sexual and gender-based violence on a global scale, including through developing a robust body of jurisprudence on SGBC. While the potential is great, it is only recently that this category of mass atrocity crimes has become the focus of international attention, including the 2018 Nobel Peace prizes, the UK PSVI initiative, the development of the Murad Code, and the work of the UN Special Representative of the Secretary-General on Sexual Violence in Conflict.

For a variety of reasons, these crimes are more challenging to address by legal practitioners. This has at times resulted in a disparity between how SGBC are addressed by criminal justice practitioners and how the violence is perceived and experienced by victims; a failure to recognise or identify acts of a sexual nature, victims, witnesses, and perpetrators of SGBC or even the scale of the crimes committed; a lack of charges for sexual and gender-based crimes despite compelling evidence; a failure to prosecute all forms of SGBC; and acquittals for those accused of crimes.

Despite this, we have recently seen some promising developments that may eventually lead to a deeper and more nuanced understanding of gender in the jurisprudence of the ICC. Of particular note is the implementation of the OTP SGBC policy, which has led to a higher degree of integration of SGBC charges in cases. Trailblazing decisions promise to advance international criminal accountability for sexual and gender-based violence. Judges have been elected who have a better understanding of and expertise on SGBC. Prosecutor Karim Khan has built on the legacy of his predecessor, Bensouda, by appointing special advisers, including on Sexual Violence in Conflict (Kim Thuy Seelinger) and Gender Persecution (Lisa Davis), and reappointing the previous Special Adviser on Gender to Slavery Crimes (Patricia V. Sellers).

Gender inequality never operates in a vacuum. The international community’s understanding of the need to address cross-cutting issues, including racism, is also relatively new and promises a more holistic – and thus effective and genuine – approach.

While true feminist judging, equity in its institution, and “gender mainstreaming” are still goals for the ICC to reach, the past few years give hope for the next 20 and should serve as a strong encouragement to all people and institutions working towards a court that serves and protects all, irrespective of their gender, to continue striving for equality.

Melinda Reed is Executive Director of the Women’s Initiatives for Gender Justice. melinda.reed@4genderjustice.org

Failed promises: No lessons learnt as still no journalists from situation countries at ICC trials

20 years of the ICC: The hopes, the disappointments, the future

From Kyiv to Kabul and Darfur: Challenges of reporting justice and human rights