Fatou Bensouda and two commissioners appointed by the UNHRC to investigate allegations of violations and abuses of human rights, and humanitarian and refugee law in Ethiopia committed since November 3, 2020.

Former International Criminal Court Prosecutor Fatou Bensouda has been appointed to head an international commission of experts mandated to investigate allegations of violations and abuses of human rights, and humanitarian and refugee law in Ethiopia committed since November 3, 2020.

Federico Villegas, the president of the United Nations Human Rights Council (HRC), also picked Kenyan lawyer Kaari Betty Murungi  and American Steven Ratner as members of the team that will investigate the violations in the Tigray, Ethiopia conflict.

A statement dated March 2, 2022, said the three-person commission was asked to “establish the facts and circumstances surrounding the alleged violations and abuses, collect and preserve evidence, to identify those responsible, where possible, and to make such information accessible and usable in support of ongoing and future accountability efforts”.

The commission has been set up through resolution S-33/1 of December 17, 2021, adopted at a special session of the HRC to conduct a thorough and impartial investigation into allegations of violations and abuses committed in Ethiopia by all parties to the conflict. The resolution was adopted with a vote of 21 countries supporting, 15 against, and 11 abstaining.

Ethiopia under pressure to act on human rights abuses

The investigators’ mandate also directs them to make recommendations on technical assistance to the Ethiopian government in support of accountability, reconciliation, and healing.

Through the resolution, the 47-member HRC mandated the commission to build upon the report of the Office of the High Commissioner for Human Rights and the Ethiopian Human Rights Commission.

The report, released in November 2021, found that all parties to the conflict in Tigray had, to varying degrees, committed violations of international human rights, and humanitarian and refugee law, some of which it said, could amount to war crimes and crimes against humanity.

The commissioners, who will serve in their personal capacities, were requested to present an oral briefing to the Human Rights Council at its 50th session in June/July 2022 and a written report at its 51st session in September/October this year.

The experts will be mandated to work for one year, but subject to renewals.

The resolution called on all parties to the conflict to halt “direct attacks against civilians…including based on their ethnicity or gender”.

In addition, it asked for an end to attacks against communities’ crops, livestock, and medicines, and “to refrain from incitement to hatred and violence, to avoid further damage to critical civilian infrastructure, and to end any measures that may exacerbate the already acute humanitarian crisis”.

Fatou Bensouda served as Prosecutor of the ICC from June 2012 to June 2021. She previously held the position of ICC Deputy Prosecutor (Prosecutions), having been elected by the Assembly of States Parties in August 2004 and serving as such until May 2012. Prior to her work at the ICC, she worked as a legal adviser and trial attorney at the International Criminal Tribunal for Rwanda (ICTR) in Arusha, Tanzania, rising to the position of senior legal adviser and head of the Legal Advisory Unit. Between 1987 and 2000, she served in senior positions in her home country, The Gambia, including as Attorney General and Minister of Justice, in which capacity she was the chief legal adviser to the president and cabinet of the Republic of The Gambia. 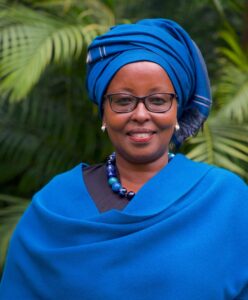 Kaari Betty Murungi has broad experience in transitional justice processes, women’s human rights, gender, constitutionalism and governance. Currently a lawyer and advocate of the High Court of Kenya and a board member of the Kenya Human Rights Commission and the Women’s Initiatives for Gender Justice, she has focused much of her work to promote women’s human rights in the context of violent conflict. She served as vice-chairperson and commissioner to the Kenya Truth Justice and Reconciliation Commission (2009-2010); as the Africa representative on the board of directors of the Trust Fund for Victims at the International Criminal Court (2009-2013); as a senior transitional justice adviser to the Joint Monitoring and Evaluation Commission in South Sudan; and as a member of the Human Rights Council-created Independent Commission of Inquiry for the occupied Palestinian territory. 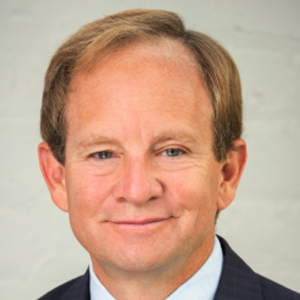 Steven Ratner is currently serving as the Bruno Simma Collegiate Professor of Law at the University of Michigan Law School. His teaching and research focus on public international law, international humanitarian law, counter-terrorism strategies, accountability for human rights violations, and corporate and state duties regarding foreign investment. He served as a member of both the UN Secretary-General’s Group of Experts for Cambodia and the Secretary-General’s Panel of Experts on Accountability in Sri Lanka. From 2008 to 2009, he served on the legal division of the International Committee of the Red Cross in Geneva. Since 2009, he has served on the United States’ State Department’s Advisory Committee on International Law, and as an expert on international investment in various arbitrations.